Commissioned by Lisbon City Council in 1957 for the Estufa Fria (Cold Greenhouse), in Eduardo VII Park, the Meninas by Jorge Barradas (1894-1971) are among the artist’s most original, monumental works in the area of artistic faience. Barradas was a central proponent of this practice in the mid-20th century, paving the way for a second generation of ‘modern’ ceramicists that included Manuel Cargaleiro, Querubim Lapa and Maria Keil.
This pair of large ceramic sculptures depicts Summer and Autumn, aiming to illustrate the changing seasons in a green space at the heart of the city. The sculptures were designed to be placed on pedestals and viewed from below, enhancing their monumental grandeur. 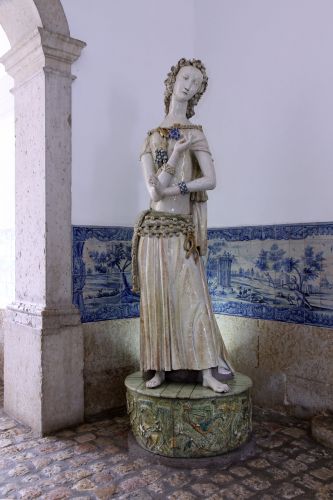