Lisbon before the 1755 earthquake

This large model of Lisbon as it was prior to the 1755 Earthquake was the brainchild of Lisbon scholar Gustavo de Matos Sequeira, who commissioned the artistic elements from Ticiano Violante (buildings) and Martins Barata (boats).

It was created in two stages during the 1950s and has been on display at Pimenta Palace since 1982. Spanning 17 boards, it depicts the city on the eve of the disaster. It stretches from Alcântara in the west to Santa Apolónia in the east, and from the River Tagus northwards to just beyond the Largo do Rato and the Miradouro da Senhora do Monte. 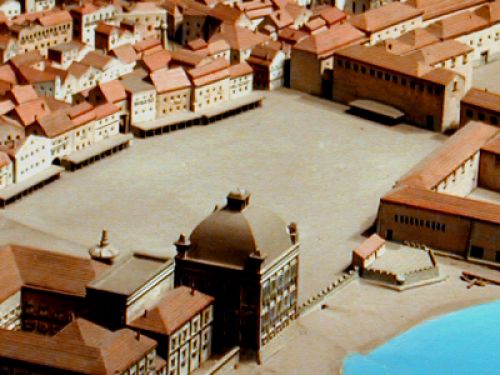 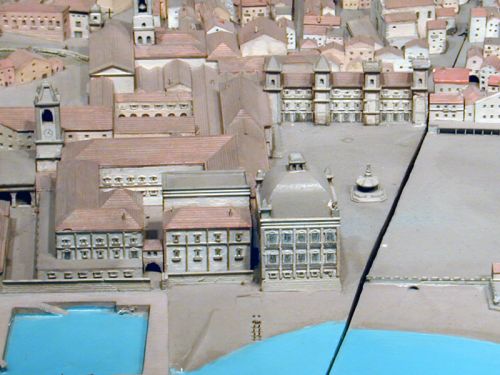 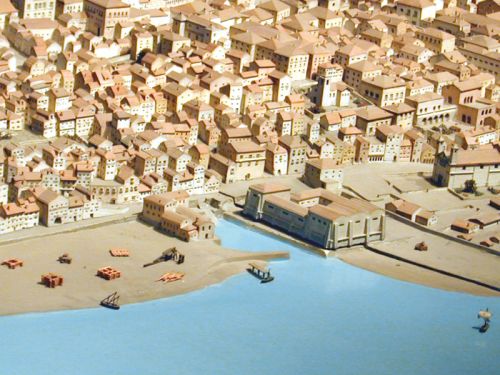 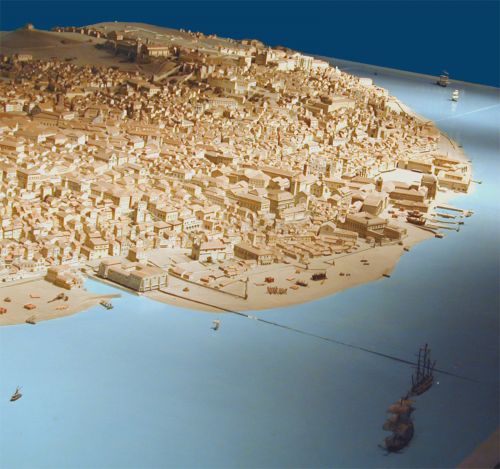